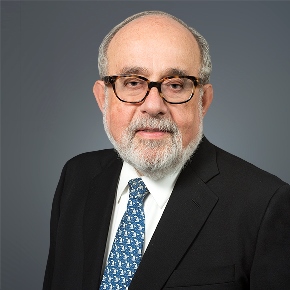 On May 26, 2016 the legal profession lost an immense talent and we at LSK&D lost a valued colleague and friend.

From the beginning, Harry was a prolific writer and scholar. He majored in Journalism and Political Science, and earned a BA from Long Island University in 1969.  Harry graduated from Brooklyn Law School in 1985, where he was on the Dean’s List, was a member of Brooklyn Law Review and earned Moot Court Honor Society recognition.

From 1969 to 1982, Harry worked as an editor, reporter, writer, and managing editor, publishing more than 100 articles. During his legal career as an appellate attorney, Harry argued more than 300 appeals, prevailed in countless cases that no else thought could be won, and made new law. He published prolifically, lectured at legal numerous seminars, and led many panel discussions.

Harry never boasted about his successes in the fields of journalism or law. His humility outshone his many professional achievements. Harry was a wonderful teacher of attorneys young and old, whose high expectations brought out the best in those privileged to learn from him. We will remember all of his contributions, pleasant mannerisms, sound legal counsel, and incisive legal intellect for many years to come.

For 13 years, we at LSK&D had the pleasure and luxury of having a great “law man” as our colleague, partner, friend and mentor. Harry will be sorely missed by one and all.

If one were to ask Harry what he considered to be his greatest life achievement, he would not refer to a legal victory. Instead, he would speak of the sheer joy of having “my Linda” by his side for over 30 years.

Harry’s wife, Linda Steinberg, continues to reside in the Brooklyn, New York home they shared for so many years.